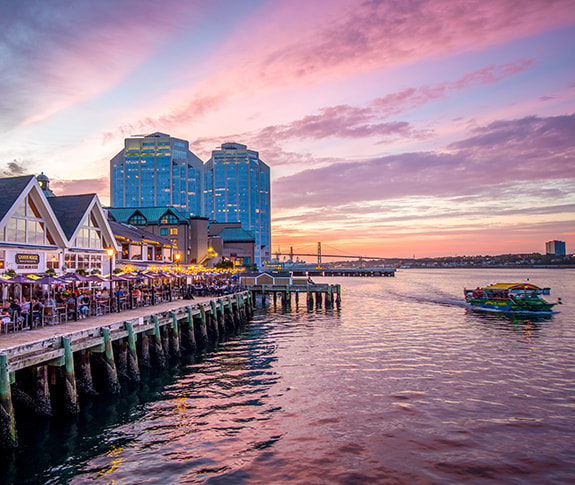 It can be quite difficult to purchase a new home or condo in a city you haven’t spent much time in. Most often, distinguishing one neighbourhood from another is the hardest part in choosing where to live when relocating to Halifax.  So, here we did our best to break it down for you.

The Halifax Peninsula can be broken into three sub-areas; South End, West End and North End Halifax. And of course, there are unique neighbourhoods within each of these as well.

Depending on who you ask, South End Halifax begins “somewhere” around the Halifax Commons and carries through to Point Pleasant Park. It encompasses Downtown, The Halifax Waterfront, the Hospitals and both Dalhousie and Saint Mary’s universities.  One could easily argue that South End Halifax is one of the most expensive neighbourhoods in Atlantic Canada and the prices of homes and condos reflect that. If you’re the type of person who wants to be in the heart of the city, this is the place for you.

“Up-and-coming” and “Hipster” are two terms that are often used to describe the various neighbourhoods in North End Halifax.  From the southern end of Gottingen Street through Agricola Street and into The Hydrostone, North End Halifax offers trendy restaurants, coffee shops, distillery’s, condos and so much more. Prices of homes and condos in North End Halifax are typically less than the South End but of course, there are some very nice, high-end homes here as well. If working downtown Halifax with a short commute is your thing, North End Halifax might just be for you.

From Quinpool Road down through Armdale Rotary and over to Dutch Village Road, West End Halifax is mostly made up of single-family homes and residential neighbourhoods. Outside of the Halifax Shopping Centre, West End Halifax isn’t known for its shops and restaurants. Still, if you want to be on the peninsula and close to downtown, there are many excellent options for single-family homes.

Just off the peninsula, Mainland Halifax includes Fairview, Clayton Park and Bayers Lake. Here is where you really start to see the value when purchasing a home or condo. Prices in these neighbourhoods are typically 20-50% less than those in the South End of Halifax. While getting on and off the peninsula during rush hour can be a little bit of a hassle, Mainland Halifax is perfect for investors, young families and first time home buyers.

Bedford is arguably the fastest growing suburb of Halifax and it’s easy to see why. Hammonds Plains, Larry Uteck and all of West Bedford continue to see many new homes, apartment and condo buildings going up every year. With relatively quick access to the peninsula, Dartmouth, Bayers Lake, Halifax International Airport and highways leading to Truro, South Shore and the Annapolis Valley, to many, Bedford is the central point to HRM.

Purcell’s Cove and St. Margaret’s Bay are located along the Atlantic Coast of Nova Scotia. If you’re seeking that true, Nova Scotian feel, want to be close to the ocean, hiking trails and don’t mind a moderate commute (15 – 30 minutes) then these communities might be perfect for you. There are a lot of older homes however new construction continues to spring up in multiple areas. There is some tremendous value in these communities while there are also some very expensive, gorgeous waterfront homes as well.

To many, South End Dartmouth (downtown) has a very similar feel to North End Halifax. With a lot of trendy restaurants and pubs popping up every other day (see The Canteen, Battery Park, etc.) Dartmouth is beginning to attract a lot of young families, investors and first time home buyers. But Dartmouth has something for all demographics. Multiple community colleges, hospitals, schools, parks, in addition to Dartmouth Crossing and  Burnside Industrial Park (nearly 2,000 businesses employing 30,000 people) the city is growing and has something to offer everyone. One of the biggest complaints is the commute to Halifax, however for most parts of Dartmouth it is not bad as many think.  Home and condo prices offer great value and there are many fantastic neighbourhoods to choose from including, but not limited to Montebello, Portland Estates and Woodlawn.

Home of Sidney Crosby and Nathan MacKinnon. What more do you need to know? ????
In all seriousness, Cole Harbour has a lot to offer its residents. There are some excellent neighbourhoods and many schools to choose from in addition to grocery stores, restaurants and Cole Harbour Place. Home prices are very affordable and with its proximity to Dartmouth and Halifax, it’s become a very attractive city for families. Not to mention, many of the cast members from Trailer Park Boys are also from here.

Fall River and Waverley are highly sought-after suburban communities on the outskirts of Halifax. With so many lakes within and surrounding both communities, kayaking, canoeing and cycling are popular activities among the residents. Waverley doesn’t have much for amenities however because of its proximity to Dartmouth it doesn’t need any. Meanwhile, Fall River has a grocery store, Tim Horton’s, pharmacy, gas stations and much more while it’s also very close to Sackville and Bedford. Last, both communities are close to highways and the Halifax Stanfield Airport making this an excellent area for outdoor enthusiasts and established families.

Approximately 15 minutes to Dartmouth and 25-40 minutes to downtown Halifax, If you enjoy being outside the city close to beaches, hiking trails and places to surf – Lawrencetown, Lake Echo, Mineville and Porters Lake all have some great neighbourhoods to choose from. Outside of Porters Lake, you won’t find much for amenities however that isn’t slowing home sales. Like the other outlying suburb communities, homebuyers can find both values in older homes and land while expensive, modern waterfront properties are available as well. 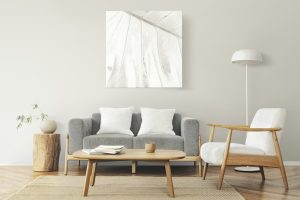 3 Tips for a Higher Home Appraisal 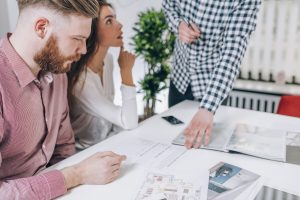 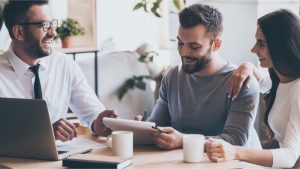 When to Get Excited About the Housing Market

Register for our newsletter to stay up to date on latest listings, and the future of real estate.

What’s Your Halifax Home Worth?

Evans Real Estate Team is your one stop shop for real estate knowledge, buying and selling advice. Contact us today to find out how we can help you.